My Shoei RF-1200 review after many bikes and kilometres. This helmet is a.k.a the Shoei NXR in Australia and Europe. This review contains affiliate links which may earn me a commission, but I did own this bloody helmet for four years.

It has been four years since I bought my first truly expensive and awesome helmet, the Shoei RF-1200.

Yes, I had done the math (“maths” in Oz) and wondered how much my head was worth vs. the likelihood of hitting it. (Infinity; why would I want to hit my head??)

Other helmets seem “fine”. They looked the same, had the same safety certifications (DOT, etc.), were of decent brands, occasionally came with more features out of the box, and were half the price. But the RF-1200 won me over.

But times have changed, and so have my riding priorities. What will I get next? Check the end.

I actually found the RF-1200 by searching for the “quietest motorcycle helmets”. If you search for it today, you’ll find it in the same lists. It’s still one of the quietest!

To get a quiet helmet you need to pay money. I mean, you might get lucky at a lower price point (and I do always want to get lucky). But quiet helmets mean aerodynamic helmets, which means testing in a wind tunnel. You can’t do wind tunnel testing cheaply.

Why is quiet important to me? Well, primarily, because I have ears. I like listening to things, and I want to protect my hearing to avoid suffering later.

Secondly, low noise reduces fatigue. When I’m on a long ride (or long flight or drive), wearing earplugs or noise-cancelling headphones means I arrive at the other end fresher and less cranky. Pilots protect their ears for the same reason.

The third reason quiet is important to me is that my hearing is already damaged — from hereditary tinnitus (i.e. not from tinnitus that I caused myself).

For my whole life, I’ve had static noise in the background. Kind of like when the radio is on but not set to any channel (if you are old enough to know what a radio is). When the wind is blowing at just 30 km/h — like on a fast bike ride — my ears hurt from the noise.

If you don’t have tinnitus, you’re lucky. But keep luck on your side by avoiding the kind of loud noises that almost inevitably lead to tinnitus — like riding a motorcycle or using heavy machinery without hearing protection.

That’s why I invest in hearing protection — wind protection, ear plugs, and a good, quiet helmet like the Shoei RF-1200.

By the way, I recently discovered the joys of custom-moulded earplugs. I took way too long to make this decision — if you’re worried about wind noise at all, they’re a must-have.

The Shoei RF-1200 is very COMFORTABLE

I’ve put on a lot of helmets and walked around stores in them. They say you should always wear a helmet for at least 10 minutes in a store to know if it’s the right one for you.

I’ve also bought a few “cheaper” helmets (in the $2-300 range), mostly by HJC, a “value” brand. They have been decent helmets, not uncomfortable, but never been as comfortable.

The only other contenders for helmets that are nearly as comfortable as the plush Shoei helmets are those by Arai and Schuberth.

I tried out the Shoei RF-1200 for the first time in a store in San Francisco (SF Moto, hello!) at the advice of the salesperson. “You should try this on to know what the benchmark for comfort is,” she suggested slyly. Very clever.

Putting on the RF-1200 (when new, anyway) is the same as sinking into a plush but supportive couch. It’s not just a cloud of foam; it holds the sides and top of my head but it never puts undue pressure on them.

Look, I’m not the kind of person who throws money at things for no reason. I like old bikes that do the job, and I’d have liked to find a cheap “value pick” that had 99% of the comfort of a $1,000 helmet but at a fraction of the price. Unfortunately, I couldn’t find that.

The RF-1200 weighs about 1.6kgs, which is pretty light for a helmet not designed for racing. A lighter helmet on the head means less strain on my neck.

The Shoei RF-1200 has a lot of safety features.

Firstly, it’s a full-face helmet. Because I value my full face (even if you don’t value my face… it’s not for everyone), I like that a full-face helmet gives me protection everywhere. My chin is fairly large and I don’t want the road to sand it off.

I have never crashed in my helmet at speed. But my girlfriend did crash in it on her MSF course. She went down going around a corner, trying to do a  turn that her instructor was getting her to do before she felt fully comfortable. She hit the front and side of the helmet, leaving big scrapes on it. But she’s intact.

(I’ve crashed at other times, but more gently. didn’t hit my head in those accidents, luckily.)

The Shoei RF-1200 has passed the safety certification standards of the US and Europe. It’s DOT-certified in the US, and SNELL-certified in Europe.

The Shoei RF-1200 comes with cool FEATURES (some unique)

I’ve left this to last in this Shoei RF-1200 review as while it’s important, these aren’t all unique to the RF-1200/NXR.

My favourite feature (actually an option) of the RF-1200 is the photochromatic lens. It’s called the Shoei transitions lens and by itself, it cost me USD $179! (It now costs $199.) That’s as much as I spent on my second helmet…

You can get a transitions lens on a few other Shoei helmets, as well as on some Bell helmets. But apart from those two brands, I’m not sure who else offers the feature.

There are lots of people who hate on photochromatic lenses, saying that they don’t change tint fast enough and are thus a liability in places that change from dark to bright suddenly, like in between mountains, and coming out of tunnels. I’ve never noticed anything but a minor inconvenience at most.

I do like flip-down shades as well, but I don’t like one more thing in front of my eyes to have to keep clean. Both have their pros and cons. I love having just a visor.

Another cool feature (which is again, an optional extra) is the pinlock anti-fog shield.

This feature is no longer unique to Shoei. In fact, many cheaper helmets (like those from HJC) come with pinlock anti-fog shields as standard.

You just can’t take those factors for granted, especially considering that it’s overall a quiet helmet.

My next helmet is definitely going to be another Shoei — maybe a flip-up helmet like the Shoei Neotec II, but definitely a Shoei. 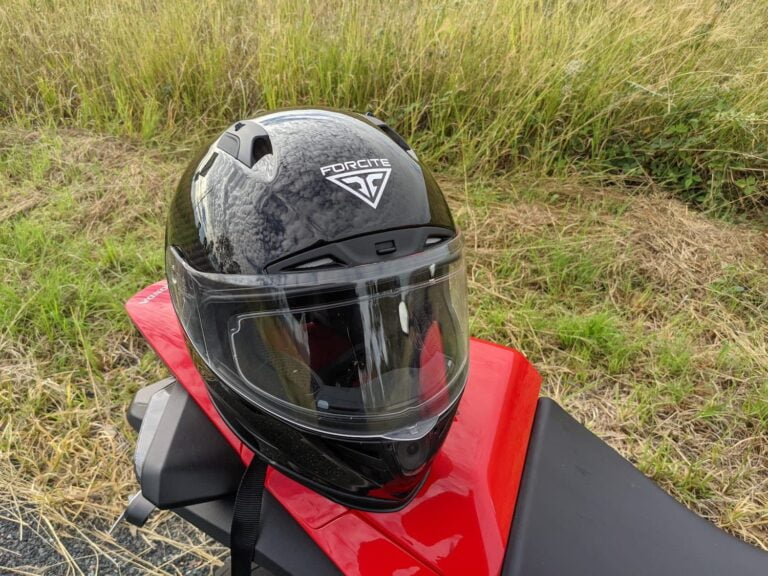 An exhaustive review of my Forcite helmet after many rides and about 500km, on two motorcycles.

AirPods Pro are GREAT at reducing engine and wind noise on motorcycles and letting you focus on the experience. This is good news if you suffer from hearing difficulty/pain. 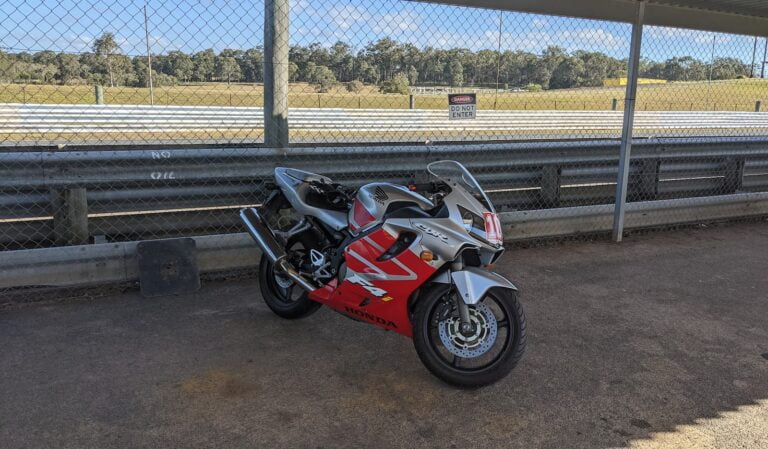 A basic packing list for riding to track day

Installing HeliBars on a Suzuki Hayabusa 2nd gen — plus a brief review. 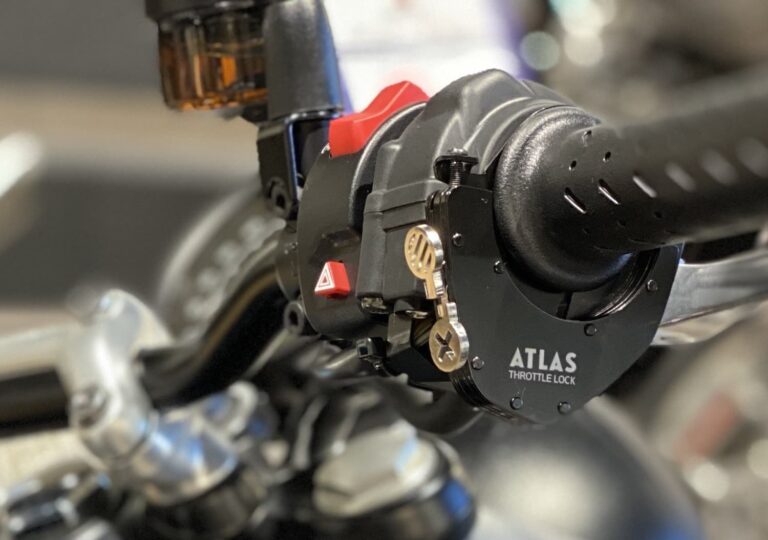 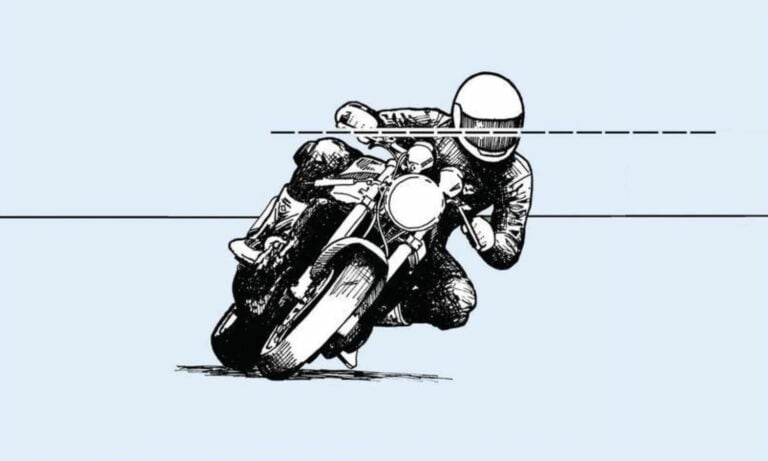 The best books (that I’ve read, and can recommend) on how to become a better, safer, and faster motorcycle rider, both for street and track riding.